Stuart Douglas: There is no such thing as free parking

In light of the recent Workplace Parking Levy proposals, our Senior Manager and sustainable travel expert shares his thoughts on the cost of parking

Stuart Douglas, Paths for All

Our Smarter Choices, Smarter Places Programme Manager, Stuart Douglas, blogs about why 'The only place with free parking is on a Monopoly Board'.

Nothing seems to generate such angst as paying to park a car.

It seems to be grudgingly accepted that it’s OK for drivers to pay for fuel, car tax, repairs and servicing, insurance and car washing. But heaven forbid that people are expected to pay for the cost of parking!

Instead everyone bears the burden of the cost. It may not seem much when we think of a single parking space, but with an estimate of between 8 million and 11.3 million spaces in the UK, and a standard parking space of 11.5 square metres, plus circulation space, that is tens of thousands of hectares of land given over to parking spaces, not including roadside and driveway parking.

That amount of land has a cost. So, every building that has a car park has a relatively higher cost than those without. Because of car parks land is scarcer, so it’s more expensive for all buildings. Those extra costs are passed on via rents, the cost of running a business, the costs of goods in shops etc. Everyone pays a bit more to accommodate car parks. 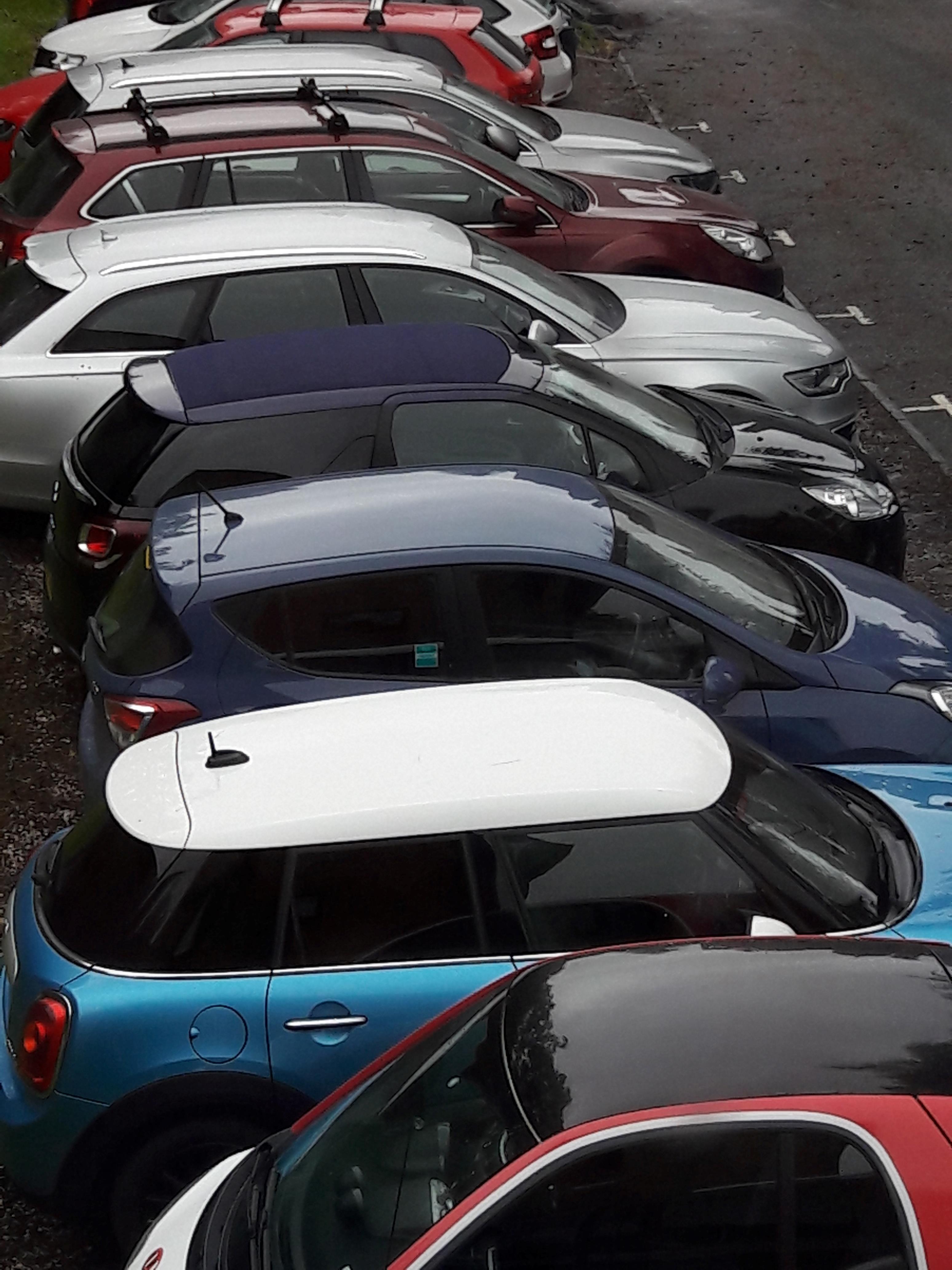 And then there is the environmental cost.

Thousands of hectares covered in tarmac or concrete. This results in faster rain run-off, so more flooding (and set to get worse with climate change) and increased insurance costs for everyone.

Or the water run-off is managed by bigger drainage systems, bigger pipes. The cost is borne by all council tax and business rate payers, residential and business alike. Add in the carbon costs of tar and concrete, and it’s even more. So, guess what? Everyone pays more.

There is plenty of evidence on the ‘external costs’ that car use causes but drivers do not directly pay for – congestion, air pollution, land pollution, road traffic accidents etc. Whilst it is exceptionally difficult to calculate, a study in the USA identified research suggesting that for every vehicle mile travelled there was an external cost of between 3c and 10c for car parking alone.

There is an equality issue in all of this. People with lower incomes do not generally own cars, but they contribute to the cost of car park provision. People who have adopted healthier lifestyles by walking, cycling and using public transport are subsidising those who insist on having a free car park. Most people would see this as unfair.

How does all this tie into our First Minister’s recent declaration of a Climate Emergency?  Transport is now Scotland’s largest source of climate change emissions, and private cars contribute 60% of the emissions to the sector.

We, therefore, need to urgently change our travel behaviours.  Part of encouraging this change in behaviour is to make using the car a less attractive option, hence the parking levy.

And do you know what, the revenue from the levy can then be used to invest in more sustainable and active modes of travel making it even easier and cheaper to make those smart choices.   A virtuous cycle, instead of the current vicious cycle!

Current public policy is working the wrong way to deliver the Climate Change agenda. Over the last decade policy has been in favour of the motorist and against public transport users. The RAC reports that the cost of public transport has risen by 60% in the last 10 years. For the last nine years fuel duty has remained constant, passing on a £7billion subsidy to motorists.

Our reliance on cars is significant and encouraging people to change their travel behaviour is key to releasing these benefits. Identifying the real costs of car ownership, including car parking, is just one of the ways to encourage this behaviour change.

Written by Stuart Douglas, Smarter Choices, Smarter Places Manager at Paths for All.

Richard Armstrong: What do our Community Path Grants and Patrick Geddes have in common?